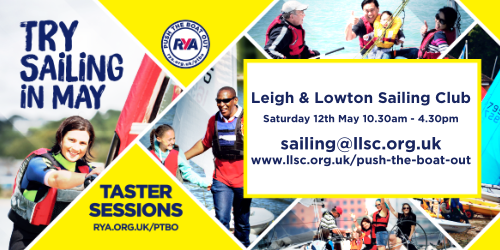 The 2017 Royal Yachting Association’s ‘Push The Boat Out’ Open Day took place at Leigh and Lowton on 13th May.

It was a very busy day at Leigh & Lowton Sailing Club on Saturday 14th May 2016 as the club took part in the Royal Yachting Association’s national ‘Push The Boat Out’ event. The aim of the scheme is to introduce previously non-sailing members of the public to the joys of the sport by offering ‘have a go’ taster sessions at the club.

Thankfully the sun shone and the winds were light enough so as not to deter anybody from turning up and taking to the water. Amongst all the individuals, families young and old and youth groups turning up to give it a go was local MP, Andy Burnham, and his daughter who both took to the water although Andy did take some persuading.

In total 89 people, consisting of 37 adults and 52 children, had their first go of sailing. 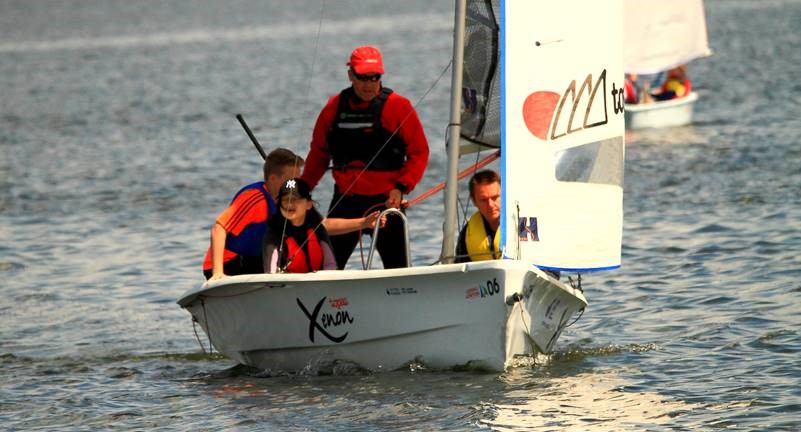 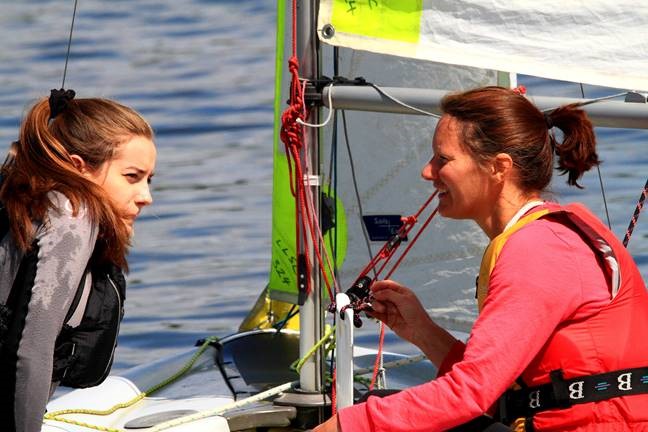